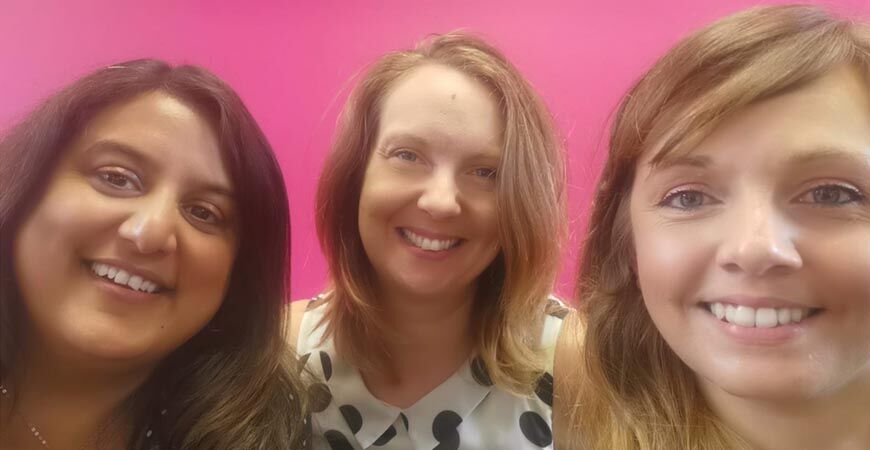 Why we need to move on from diversity

There’s been a lot of talk about diversity in business recently, and that’s great and everything, but “diversity” is an outdated concept.

We live in a diverse society, there are hugely varied people all around you. The issue is not a lack of diverse people – the issue is that not enough different people are being involved in key conversations. Differences aren’t being encouraged and celebrated. Opportunities and progression keep going to the same types of people over and over again, so we do not benefit from the rich variety of perspectives and experiences that we have access to.

The problem isn’t a lack of diversity, it’s a lack of inclusion.

Women make up slightly more than half of the population – there’s not a lack of them. Yet there are more people called John leading FTSE 100 companies than there are women.

14% of the UK population was non-white at the last UK census, but there a grand total of 10 people from ethnic minority backgrounds in FTSE 100 leadership roles. It’s not a problem of diversity when you have 8 million people to choose from but you’ve only appointed 10.

Here are a few facts that you might find interesting…

• 54,000 women lose their jobs in the UK every year because of maternity discrimination. Not because they wanted to give up their job for their kids – in fact, one in every ten women returning to work after maternity leave start their own business because they want to build a career but can’t within the current system.

• Around 13% of students with disabilities end up dropping out of university due to inadequate support.

• Job seekers from ethnic minority backgrounds need to send out an average of 60% more applications to get the same number of interviews as candidates from majority groups. When fictitious CVs were sent out with identical skills and experience, 24% of those from white backgrounds were invited to interview compared to 15% from minority backgrounds.

• Black pupils are routinely marked down by their teachers – when their work is marked externally by people unaware of their ethnic background, they receive higher grades. White children from very poor neighbourhoods also tend to be under-assessed compared to their more advantaged peers.

Sadly, the examples go on and on.

The benefits for businesses

There are huge benefits to businesses in tackling the unconscious biases and systemic issues that are limiting people’s potential and opportunities. For example:

• Ethnically diverse companies are 33% more likely to have higher profits

• More diverse companies have 19% higher innovation than their competitors

• Inclusion makes staff happier, more motivated and engaged, which all increases results by an average of 20%

• By the year 2025, 75% of the global workforce will be made up of millennials, and 47% of them look for diversity and inclusion when sizing up employers, so demonstrating an inclusive culture is vital to attracting top talent

If you’d like help to harness the power of diversity and create a culture of inclusion and belonging that works for everyone, then Watch This Sp_ce is here to help! You can email us at hello@watchthisspace.uk and browse the range of training and resources available on our website. The Reimagination at Work podcast also offers more inspiration and guidance to help you on your journey.

Join our Bitesize Learning session on 18th November to find out how you can get started with Diversity, Inclusion and Belonging at Work.