Pre-election Construction Voice. The only heckling came from the birds…

All things considered, everyone was very well behaved in the Boundary Rooms at the County Cricket Ground. The only rowdiness came from a small group of seagulls.  Judging from the ruckus above our heads, prime perching space is in short supply.

And that was in keeping with the theme of Construction Voice’s Pre-election Debate: how the three main parties might deal with the city’s cramped conditions caused by its prolonged growth spurt.

If they come to power after May 7th, how will they create the space we need for lots of new offices and up to 24,000 homes?  – and do it in an attractive way, so the city remains a place where people want to live, work and play?

Warren Morgan (left) Leader of the Labour and Co-operative Group, Geoffrey Theobald, (centre) Leader of the Opposition and of the Conservative Group  and Phelim MacCafferty, (right) Chair of Planning Committee, Green Party, were able to set out their stalls on housing, employment space, retail and tourism.

Housing – or the lack of it - dominated the discussion.

Tom Shaw, Development Director (South) of the Hyde Group that sponsored the event, wasn’t alone in wanting a more proactive approach to planning. The Hyde Group has been involved in projects such as the Open Market Scheme on London Road, working alongside the Council, the Ethical Property Company, local community groups and market traders. “There were examples there of where partnership working has delivered, but it was a painfully slow process. It took about six years to get off the ground.” 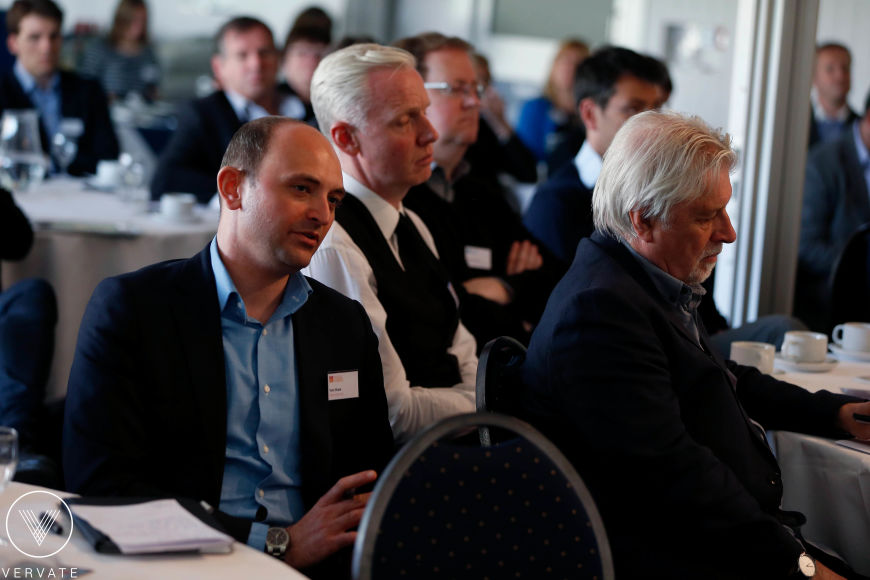 So while Tom (above left) was ‘impressed’ by the ‘very positive vision the panellists talked about for the city’, he sounded a note of caution:

“The key thing will be delivery. We’ve heard a lot of warm words. We now need to see a commitment to the promises that have been talked about – so that they’re delivered in the course of the next four or five years.”

“Look at Croydon for example, where they have a tall buildings zone with a number of residential towers being built. The council there has been very proactive in seeking investment and working with the developers and investors to make it happen. They’ve done it very quickly. In Brighton and Hove there’s lots of talk about tall buildings and studies and policies, but that hasn’t  necessarily resulted in investment in development on the ground.”

Adam Walker of Crickmay Chartered Surveyors, one of 60 businesses in the audience, put it succinctly:

“Rather than a ‘Rapid Transport System’, they need to focus on a ‘Rapid Planning System’, to actually make some of these schemes happen!” 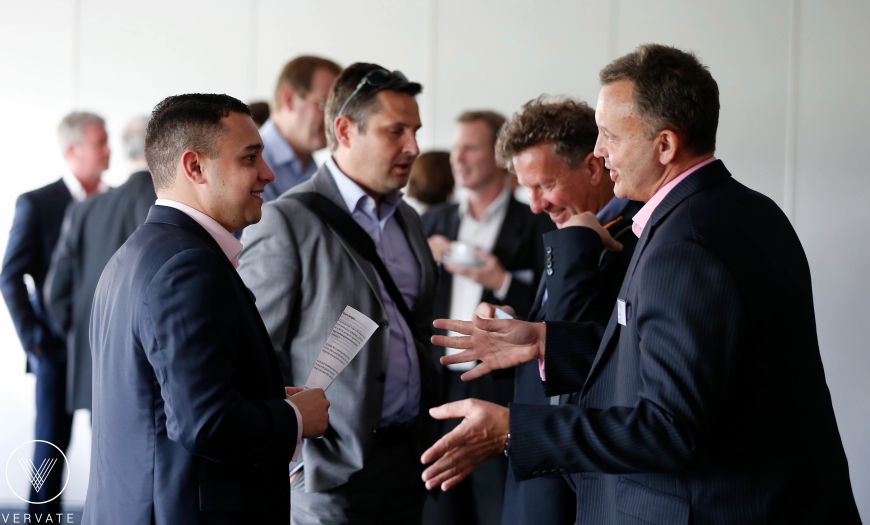 Ed Allison-Wright (above, left) of Centurion Group, a founder member of Construction Voice, felt that this event echoed several key messages from the last debate: whether the city should ‘build up’ as a way of creating new homes:

“Collectively, I think everyone understands the difficulty with the housing issue. It seems clear from this debate and from the last Construction Voice event, that building up is something we really do need to try get a hold of. It’s not necessarily the elected members who are problem. It’s ourselves, us, as a community. As Paul Zara (Conran and Partners) put it so eloquently last time, we have to revise our preconceptions of tall buildings and try and aim for a proper understanding that tall buildings can offer us a lot in terms of the space we have right to -  and meeting some of the ridiculously high quotas for housing.”

Good office space is another pressing issue.  Too many business find themselves ‘homeless’ as they grow.  Yes, there are incubation and creative hubs for new and small enterprises and yes, New England House is being given a make-over.  But do big businesses really want hand-me-down buildings?

Adam Walker (below) of Crickmay Chartered Surveyors was dubious: 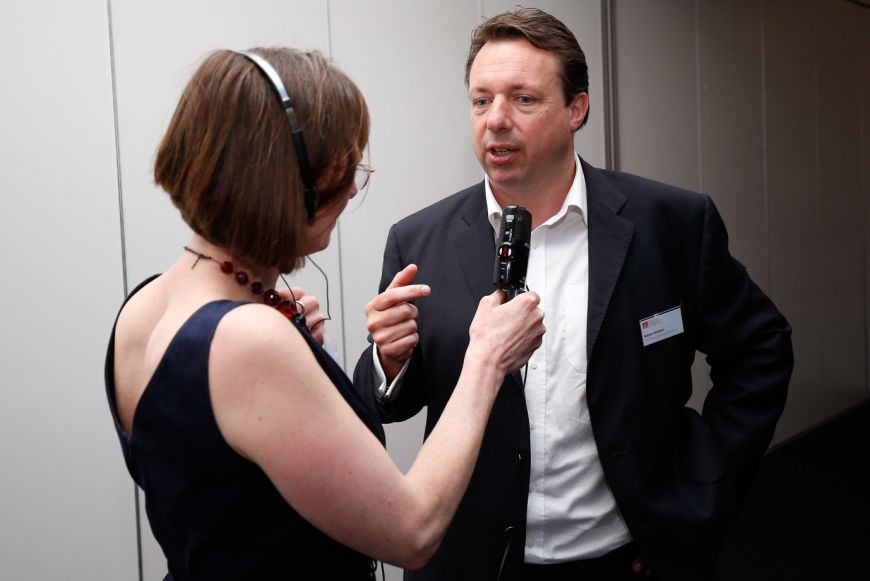 “The concept of simply regenerating old stock in the centre of the city is all very well for small to medium-sized companies. But if you are looking at larger companies, they won’t  go to secondary stock.

“What we need is a game changer. The local authority needs to take the lead in trying to identify a site that might deliver a new business park. I think that simply regurgitating old tired stock is not going to attract new blood to the city.

“I think they (council) have identified a potential site with Toads Hole Valley.  That is a good, viable site. But they need to make sure they protect it, because without them taking the lead, it will simply go to residential accommodation.

“And any scheme does need to be tied in with a viable transport policy as well… So not only embracing car parking, but also linkages into town, whether it is a park-and-ride or something like that on the fringe, would also be good.”

“I’ve worked in Istanbul, where the traffic can be quite bad.  Similar to how our seafront is sometimes.”

As the city grows, things that were once within walking distance, suddenly recede into the horizon.  Take the Brighton and Hove Waterfront Development proposal.  Under this scheme, the new conference location would move from the Brighton Centre to Black Rock.  Well known names like The Grand Hotel and The Hilton Brighton Metropole could find themselves side-lined. Sascha Koehler is the Hilton Brighton Metropole’s General Manager: 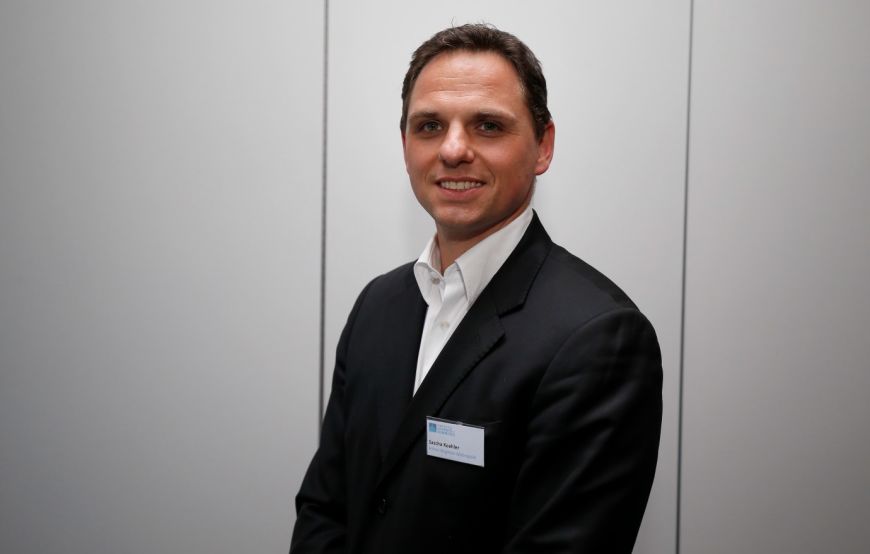 “The Brighton Centre is very convenient, both to The Grand and for ourselves. We have more than 500 rooms in the city right next to a convention centre. So it is critical that any convention that went to the Black Rock location has adequate hotel facilities or a good infrastructure to get in there.

“I have lived and worked in Istanbul, where the traffic can be quite bad, similar to how our seafront is sometimes. Potentially it could deter businesses away from the city, if it’s not managed well. So it’s important. We want to be involved in that because of the impact on our business, as well as on the attractiveness of the city.” 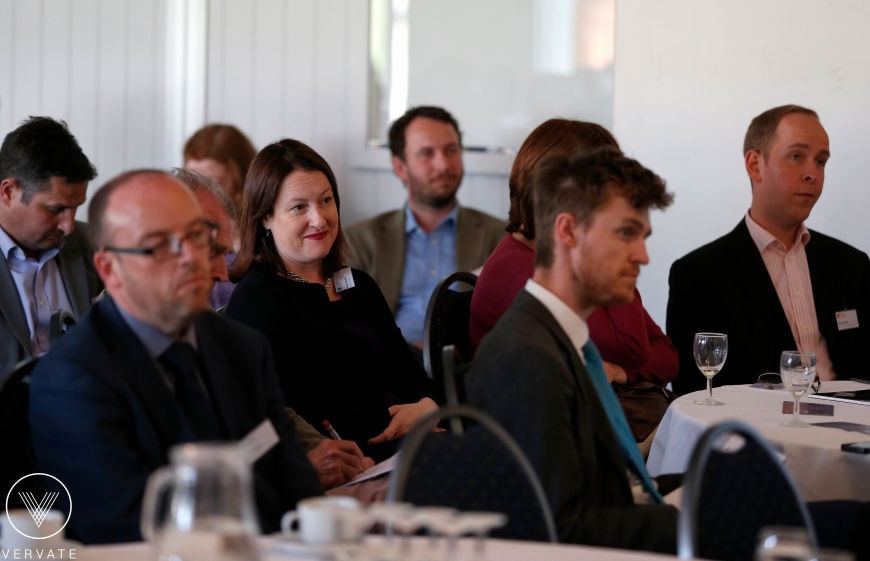 Eleanor Harris (above centre), Chief Executive at Brighton  i360, agrees that good transport links – rail and road - are crucial.

“And the other key area is around what we do about coach parking. I think Black Rock Is a fantastic scheme but it’s going to reduce the amount of coach parking spaces. Cities that are open for business for coaches do incredibly well and it’s a really important market on the south coast.”

Construction Voice works so well because the audience are as well informed as the speakers.  The businesses at the Pre-Election debate represented every aspect of the sector, from architects and surveyors to engineers and project managers.   (It’s not surprising there’s such a good business turn out: the CV discussions are organised by the Brighton and Hove Chamber of Commerce.) 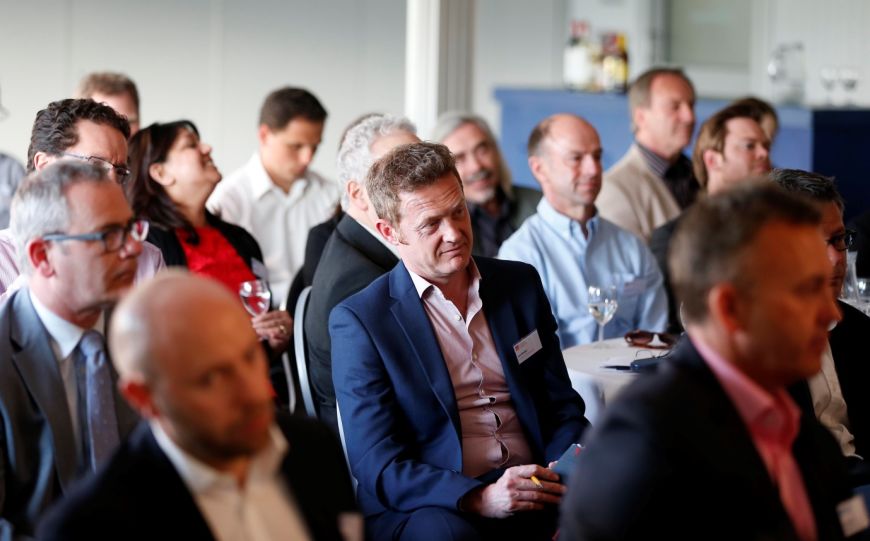 The event gave people the chance to catch up with their colleagues and make new contacts.  And despite the party political context, the spirit of collaboration was evident at several points in the evening – as Ed, Tom and Eleanor made clear:

Eleanor Harris:  “I think what was really positive was to hear all three parties give an incredibly strong commitment to tourism, and in particular to the seafront. Of course I have a vested interest in that I am building the i360. I am happy about what they all had to say about tourism.”

Ed Allison-Wright: “The new Executive Director of the Economic Partnership, Gavin Stewart, posed a very good question about how we can be cohesive on economic development in the private and public sectors. And all the elected members said they would be more than happy to have working groups, and continue to have project boards with sense check involvement from the Economic Partnership. Wearing my Economic Partnership hat, this is a fantastic thing to hear from all the members. It was a great event and I’m looking forward to seeing what happens in May.”

So, when it comes to construction, harmony appears to be breaking out everywhere.  (Unless you are a seagull, of course.)

This post was written by the debate’s chair, Miranda Birch. Miranda draws on her BBC background to find the stories behind your organisation, shaping them into web content that will appeal to the audiences you want to reach.  She also interviews people at live events, putting them at their ease so they tell their stories to greatest effect.

The photos were taken by Brighton Togs, award-winning professional photographers  who specialise in commercial and PR photography.  Because they all cut their teeth in the media, they’re very good at capturing the meaningful moments from your event.  From June 1st Brighton Togs becomes Vervate.

The Construction Voice events are created and run by Brighton Chamber, with our event partners Centurion Group, Graves Jenkins and Robinson Low Francis.

To listen to the points of view of some of the attendees following the event, click here.