Build an affordable, beautiful Brighton - without breaking the bank

Construction Voice, hosted by the Brighton and Hove Chamber of Commerce, debates ‘Balancing design with viability’.

It’s always a good sign when you see a sharp reaction from the audience. The first one came when Dr Samer Bagaeen, who leads the Planning School at the University of Brighton, mentioned that only 9.9% of the land across the UK is developed, with 1.1% taken up by housing. 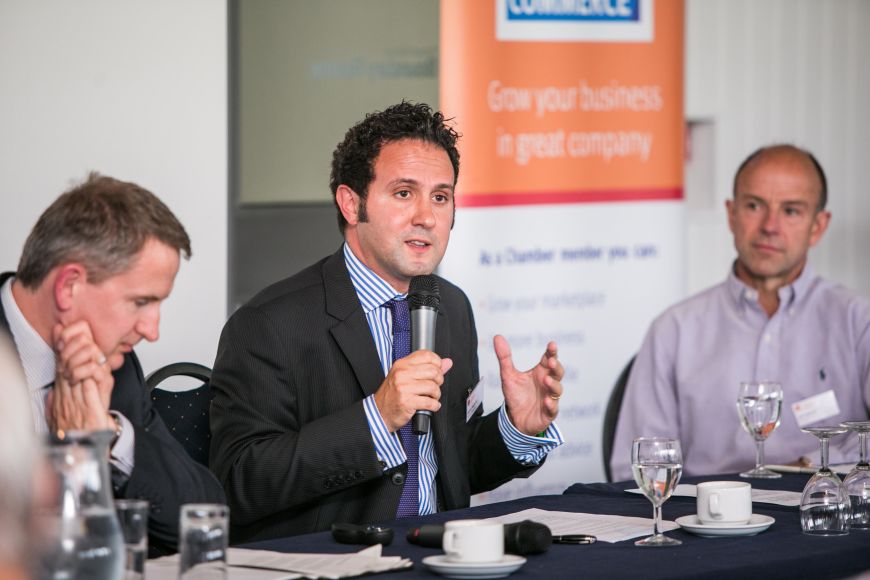 We were all sitting in the Sussex County Cricket Ground, in the heart of the highly developed South East. So that tiny figure made a startling impact on the expressions of the people in the room – architects, builders, surveyors, developers, project managers, civic societies and former councillors.

One member of the audience swiftly pointed out that 1.1% represents an overview.  In this part of the world the figure is much more likely to be 4.5%.  Samer Bagaeen agreed that it will vary according to where you are in the country…

That’s the great thing about Construction Voice. It gives a platform to experienced and thought-provoking speakers who prompt you to think about old issues in a new way.

The event partners, Graves Jenkins, Haydon Consulting and rlf are always keen for the hands to go up, to get the debate going and push it forward. And move forward it did. 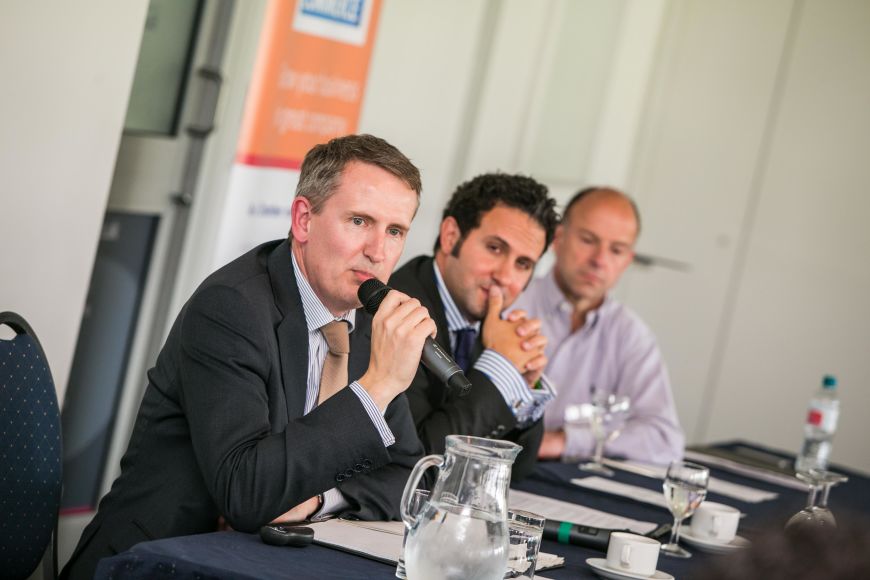 Simon de Whalley, a member of the Development and Viability Team of the District Valuer Services, updated us on viability assessments: when developers are   required by local councils to ring-fence a proportion of their projects for affordable housing.

This triggered another surprise comment, from John McLean, a chartered architect, a director of the Morgan Carn Partnership and the debate’s third panellist: 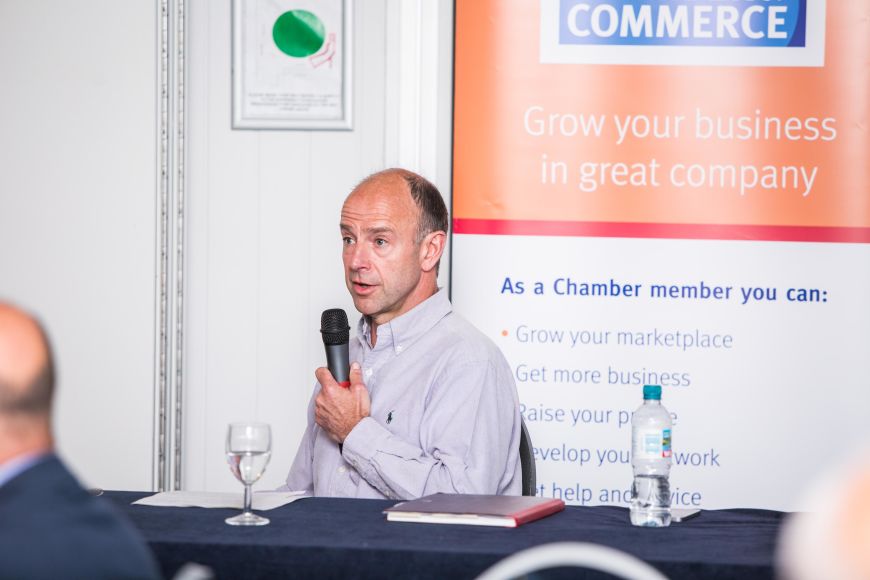 “I know this is going to be a bit controversial but….When we get planning permission for a development, it’s entirely appropriate that the developer has to mitigate the impact on roads, schools, the infrastructure generally. But I’ve always had a problem with the extraordinary tax that landowners and developers have to pay, which is the provision of affordable housing.

“There are lots of other businesses across the spectrum which make healthy profits and which don’t have to give 40% of their services away for free.  Yes, we do need homes of course, and we champion that. But I think it is an unfair tax.”

Championing homes has been a recurring theme for Construction Voice. Hardly surprising when the city needs 30,120 new houses over the next 15 years*. And at this point consensus rather than controversy emerged.

The need for denser housing…

There was a great deal of nodding when the subject of ‘density’ came up.   If good  design can increase density, it should create what John McLean calls ‘enabling funding’ from developers:

“As architects we’ll look at a scheme and we will try to maximise it.  If we think the scheme will take 100 units, we will fight for those 100 units because that’s making the best use of the site.  Increasing the density pays for the quality and the public benefit.  That is how you end up paying for the nice things that otherwise get chucked out.  I truly believe that you don’t need to sacrifice quality to make schemes viable.”

and the need for deep pockets… 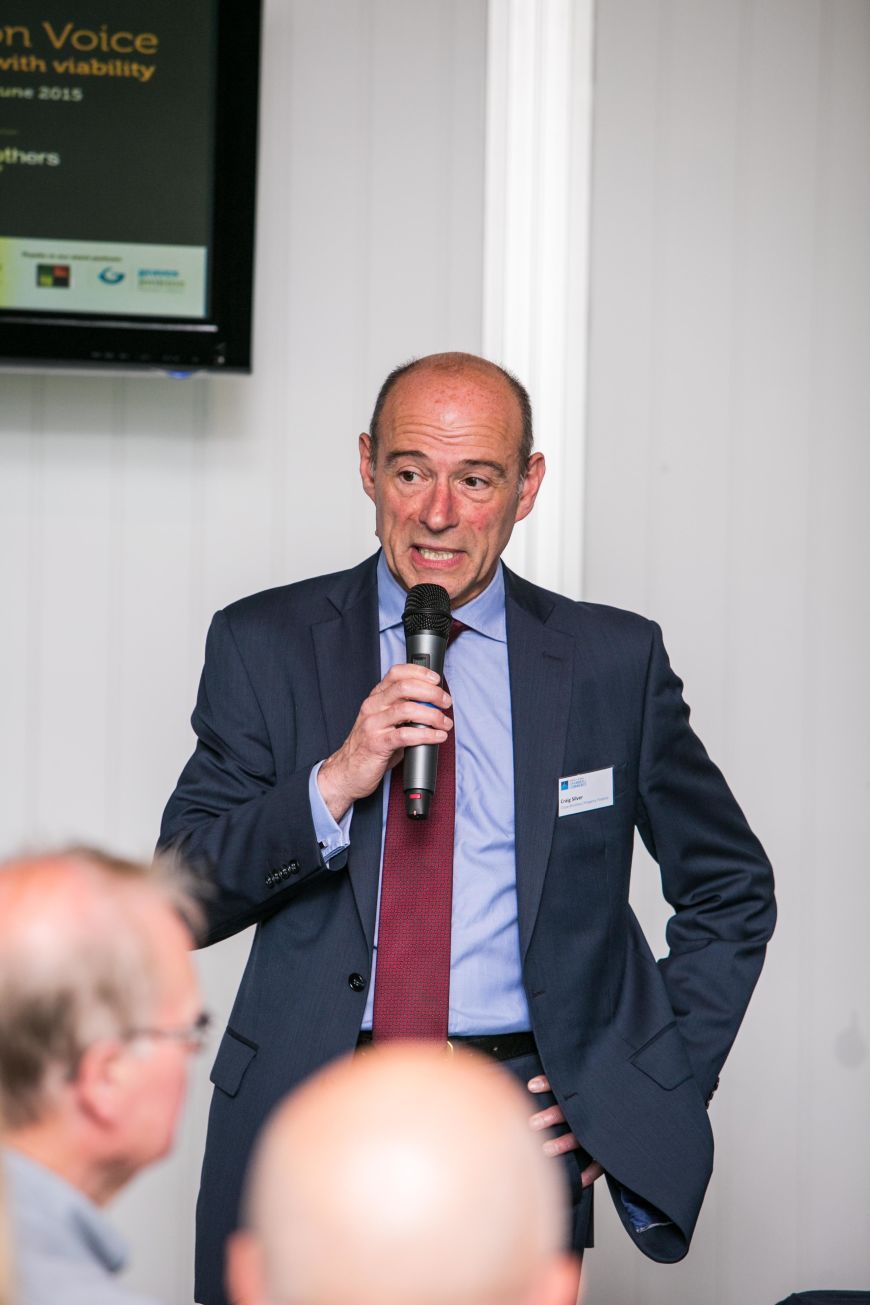 Craig Silver, Assistant Director of the event’s sponsor Close Brothers Property Finance, pointed out the viability of any large development  can face challenges right from the word go:

“One of the fundamentals about this debate concerns the country’s planning system and how long it takes to get planning approval.  If you have a big scheme, if you’re talking about 400 or 500 units, it takes at least two years to get through planning, with public enquiries, the Secretary of State being called in and so on… So anyone who is trying to get planning has to have very deep pockets because it can cost 2 or 3 million pounds to get there.

…amongst developers and first-time buyers.

Craig also pointed out that ‘affordability’ is not just about affordable or social housing.

“In London, there are examples of high density buildings coming up, but they are unaffordable to people. Look at Battersea power station where a few thousand units are being built. They’ve got studios starting at £495,000. People – ordinary people who work and live in London – can’t afford those prices. Something will have to give.

“The fact is we need to be building family housing, flats which are affordable – not in the sense of affordable social housing – just affordable to people who are working there. Unless we supply that element of housing, think we’re going to create a lot of problems.”

Samer Bagaeen gave the audience a view of something different, somewhere else. 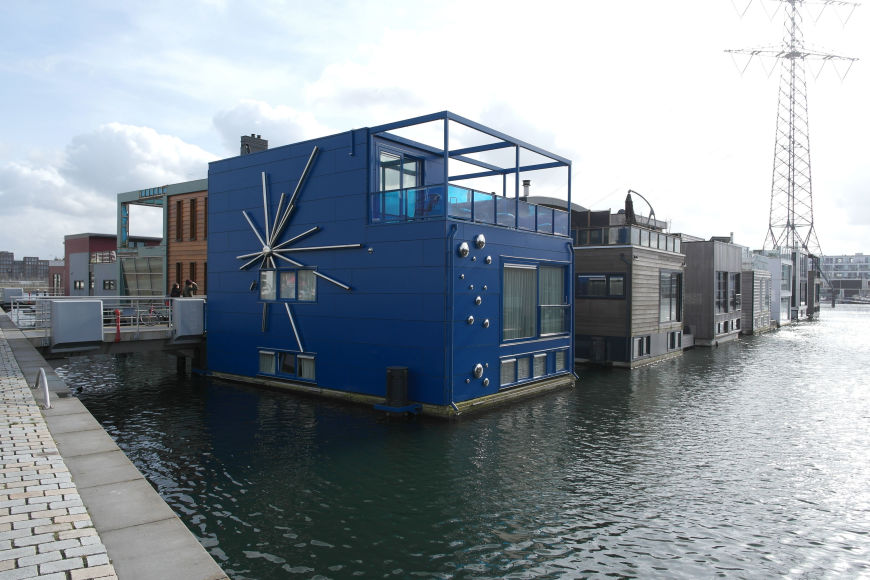 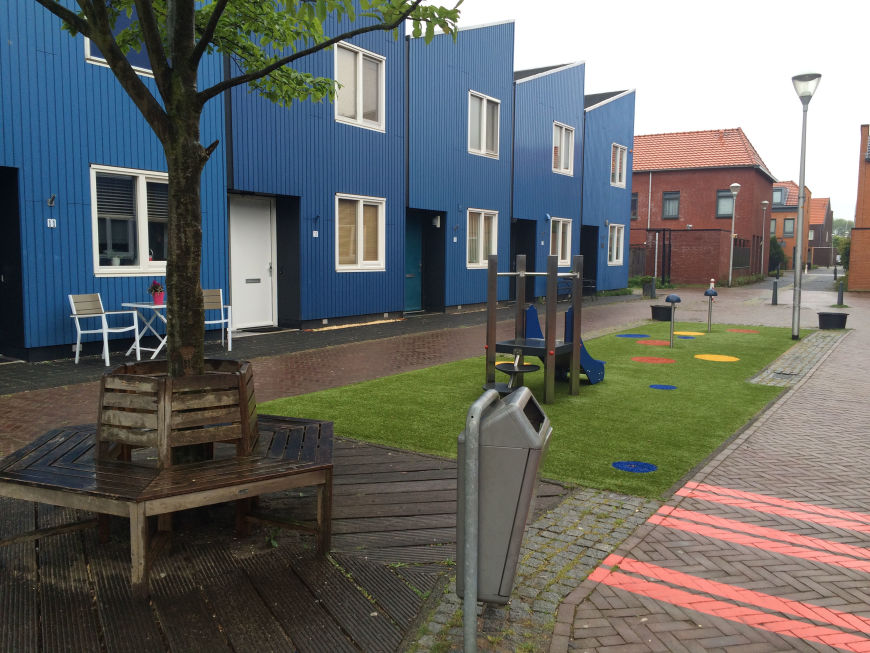 “It was interesting in design terms because each of these neighbourhoods had its own architect, working to general design codes.  The codes laid down very simple things, like window openings, fences, door knobs and bells.  They also laid down the provision of front and back gardens, the size of the gardens and public spaces.” 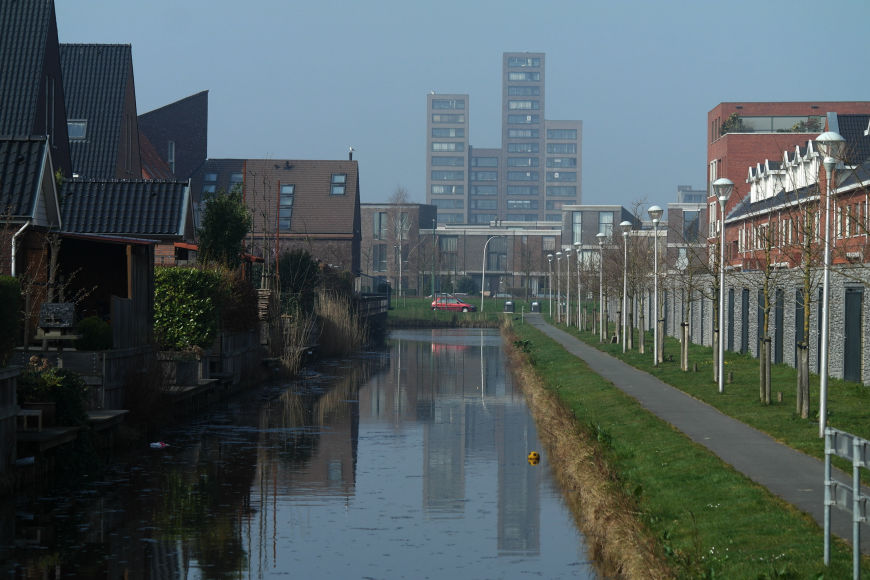 Each neighbourhood was then subdivided into smaller areas with its own architects.   “So it’s getting rid of that uniformity,  the uniformity you’d get if you had just one person designing a big settlement on their own.  Breaking it down means you get a lot of variety and good quality design.”

While better design might cost more initially, in the long term it means that “neighbourhoods go up in value to a higher level than those with lower design quality”.  So the developers and landowners see an increase in revenue and people living in these communities are happy because they’re attractive places that have their own identity.

A viable proposition all round, thanks partly to good design.  Perhaps one to put in the mix, as the city tries to meet its building targets – without breaking the bank. 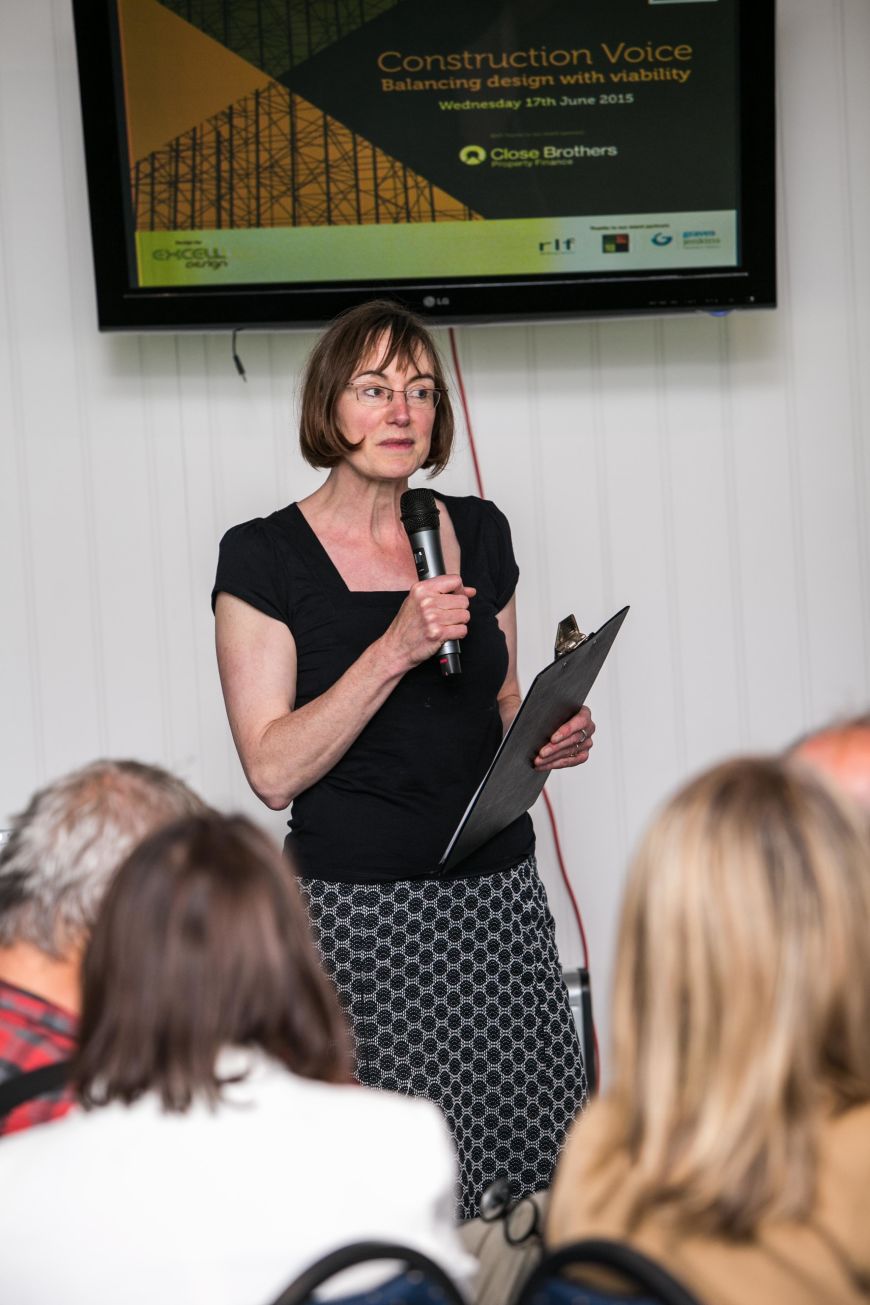 This post was written by the Chair of the debate, Miranda Birch. Miranda uses her BBC interviewing background to find the stories behind different companies and turn them into web content that will inspire their target audiences. 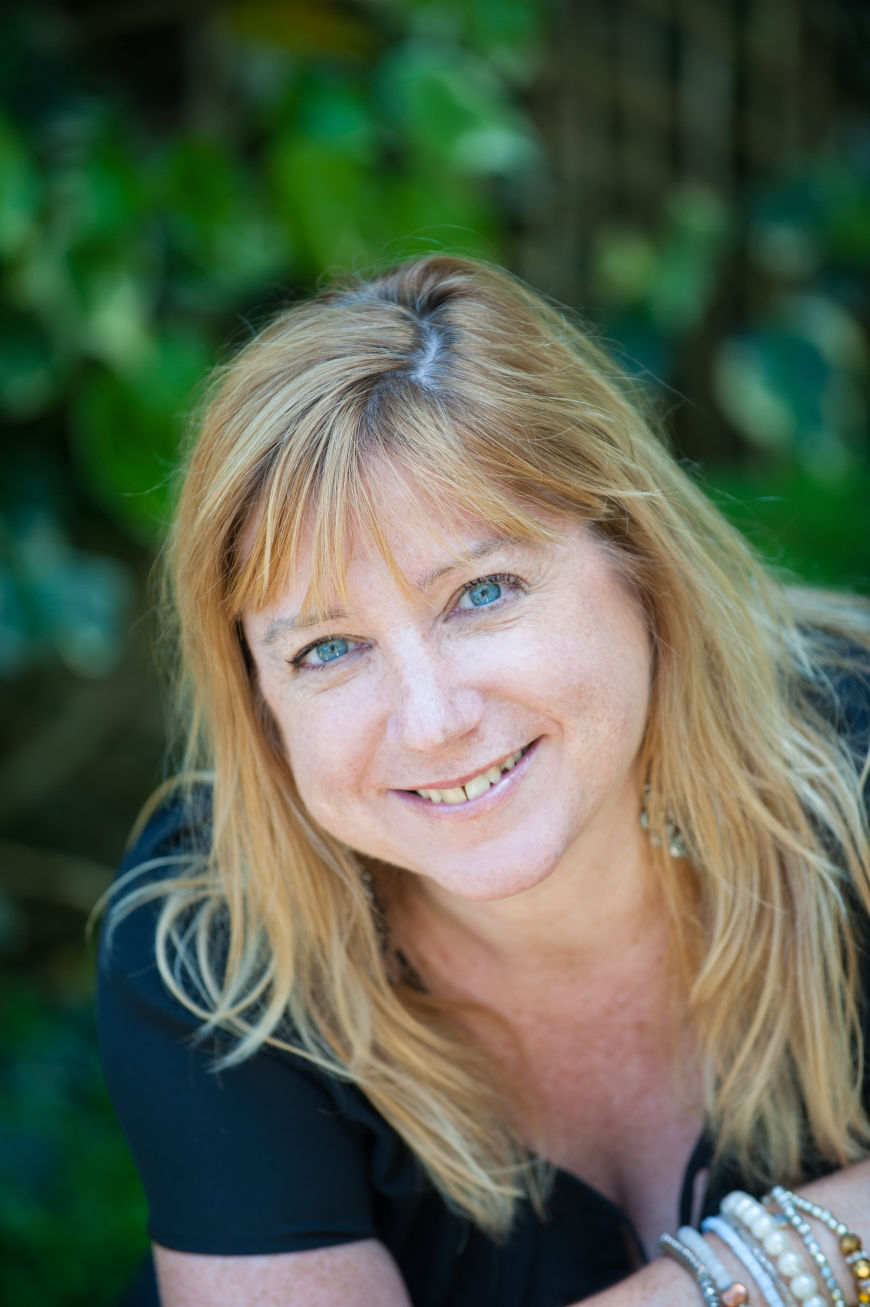 The best moments of Construction Voice were captured by Vervate award-winning photojournalists who  specialise in providing visual content and media buzz (press and social), with and for, commercial businesses.

The Construction Voice quarterly events are run by Brighton Chamber with event partners Graves Jenkins, rlf (Robinson Low Francis) and Haydon Consulting. They bring together impressive panels of speakers and all the key players from the city’s construction sector.  It’s a chance to update yourself on the latest trends and test new thinking around issues such as affordable housing, retail and tourism, and office space.

Last but not least, you might win something quaffable in the lucky draw at the end.  This time, a bottle of sparkly, courtesy of the sponsors Close Brothers Property Finance. 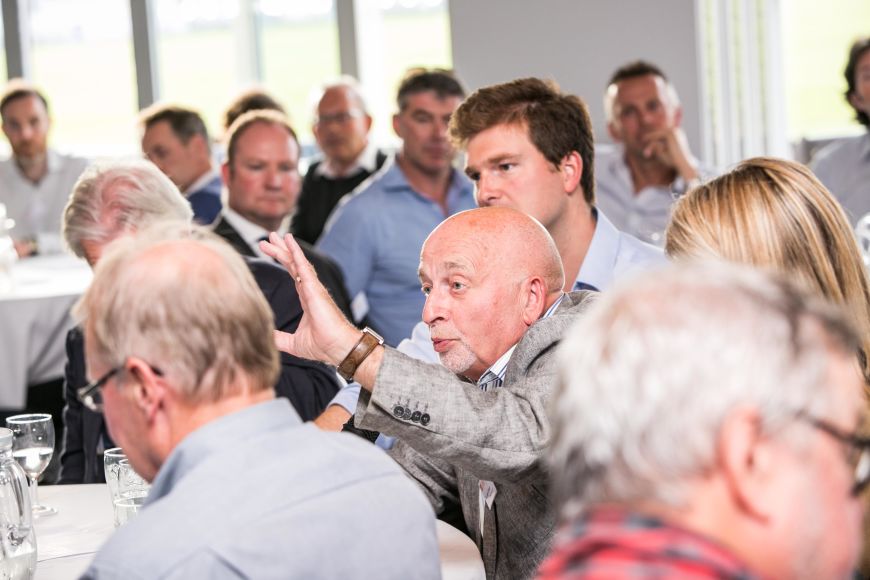 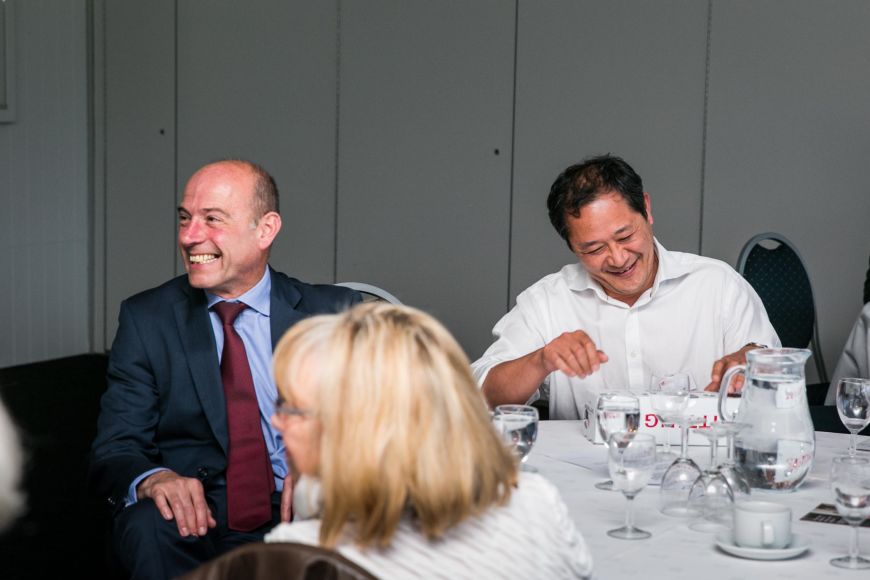 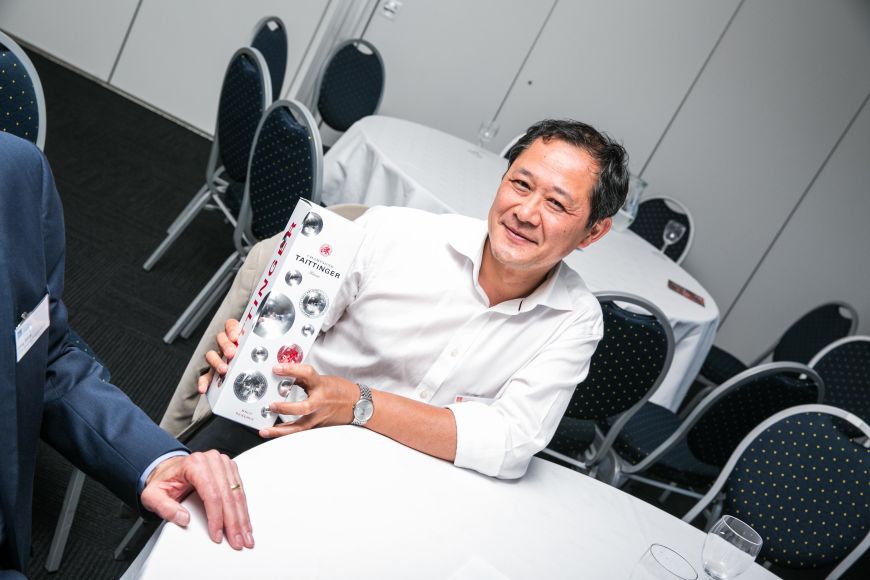