Search Seven, the Brighton-based paid media and SEO agency, had double reason to celebrate when it held its 10th anniversary party – after dramatically reaching a long-held £77,000 fundraising target on the night.

The company has become famous for its ambitious fundraising events since being formed in November 2011, but the dream of founder Gavin Willis was to rack up the sevens to mark a decade in business.

That’s appropriate, because Search Seven earned its name following a pledge by Gavin to donate the equivalent of 7% of all profits to charity through fundraising and donations.

So, when the magical figure was achieved during a celebratory night at the Malmaison Hotel in Brighton Marina on Friday 12 November, there was plenty of champagne being popped!

“The number seven is special to us, so when we realised it might be possible to reach £77,000 raised by the time of our 10th birthday, we went all out to make it happen,” said Gavin.

“We launched the #share77k campaign in March 2020, only to have so many of our plans scuppered by the pandemic.

“Several events had to be cancelled and we had to be creative, coming up with online alternatives. But the amazing thing is we have got there.

“It was the party which nudged us over the target, which is unbelievable. What a night! It was great to see so many people there who have been part of the Search Seven journey, whether that was as an employee, client, friend or some of the amazing people who come along to our events.”

A charity raffle helped get Search Seven over the line, raising £1,200 by offering up a range of incredible prizes from £250 to spend at Ockenden Manor to a luxury Harvey Nichols hamper.

And a pool tournament organised by the Founder of County Business Clubs Sam Thomas, a close friend of Gavin and supporter of Search Seven raised £1,000 with a charity raffle the night before.

There were plenty of toasts on the night – not least to young Ted Macdonald who has been an inspiration for much of the company’s fundraising.

Gavin said: “Ted is the son of one of my closest friends and he’s also my godson. His story is tied in with Search Seven and our fundraising.

“When he was born at the Royal Sussex Hospital, he was scoring 0 out of 10 on the Apgar scale, which tests how ready a new-born is to meet the world. He had swelling on the brain and they had to freeze it and warm it back up again to get him through. Thankfully he’s ok, but the experience had a big impact on all of us. As a baby I was also cared for by the Trevor Mann Baby Unit, so it made sense to choose the Rockinghorse Children’s Charity our flagship charity.

“We’ve raised more than £50,000 for them since and one of the highlights was walking out with Ted at the Amex for a charity football match in 2017. Now we’ve made it to 10 years and we’re still fundraising and still building the business. It’s an amazing story.”

Search Seven has big plans for the future, having put a new leadership team in place to drive the business forward in the SEO and PPC space, with continued targets for growth.

“I want to say a massive thank you to everyone who has played a part in our success over the last 10 years,” said Gavin. “And, of course, thank you to Ted for inspiring us every day!

“The great thing about our business model is that our employees know the more money we make, the more we donate to charities which mean something to them. The next fundraising target is £100,000 and we are already thinking up ideas for some very special events to make it happen. So, look out for them.

“I hope this shows that you don’t need to be a big business to make a big difference. I really hope we can inspire others to instil a purpose driven approach into their own businesses and to make the world a better place.” 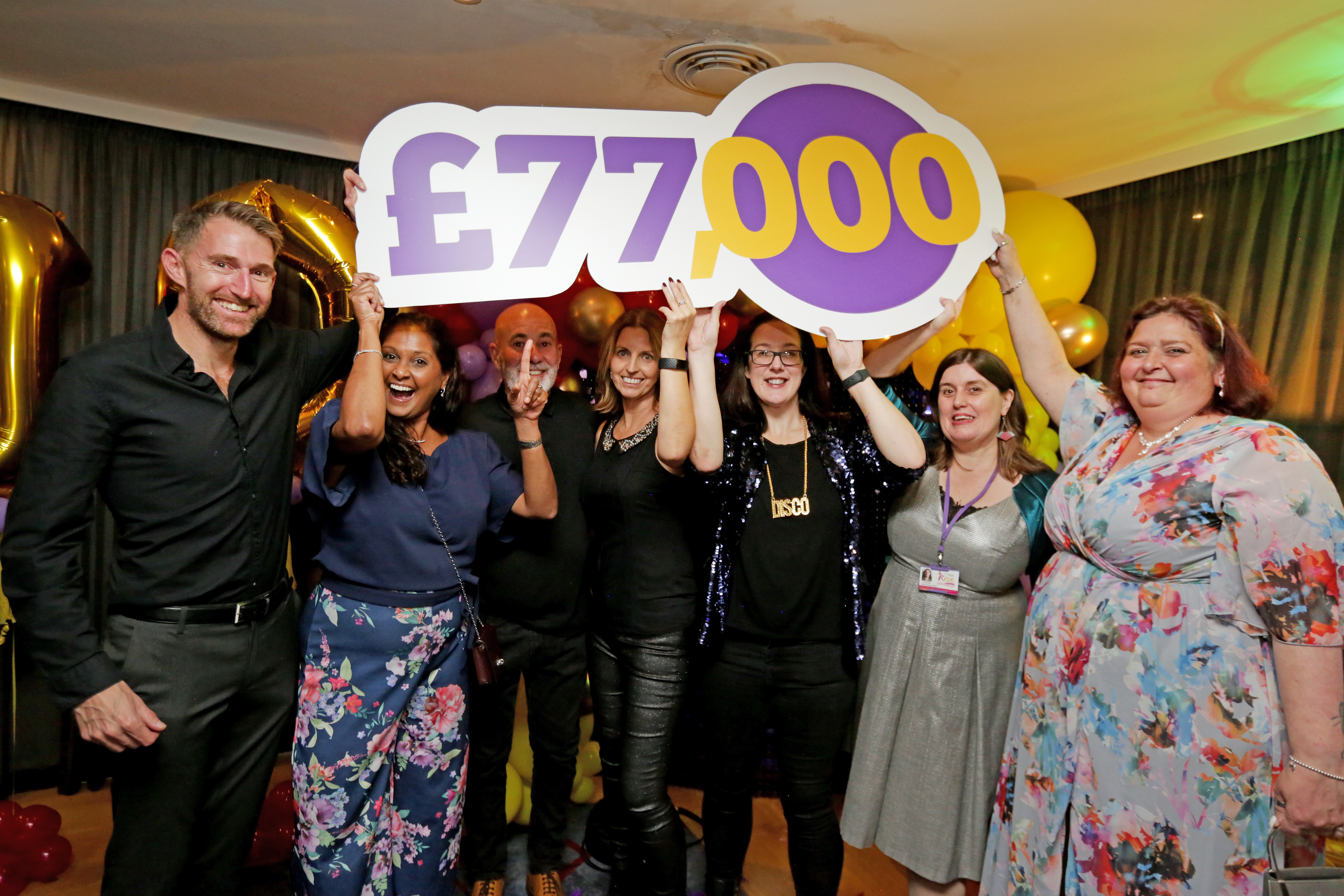