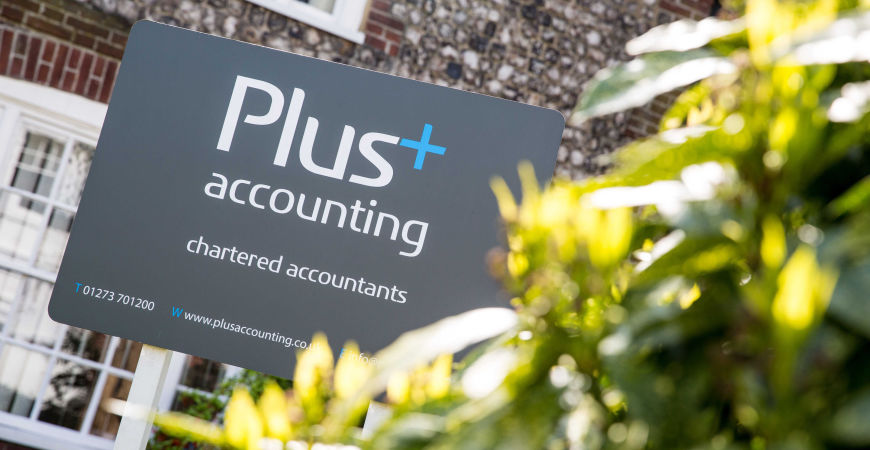 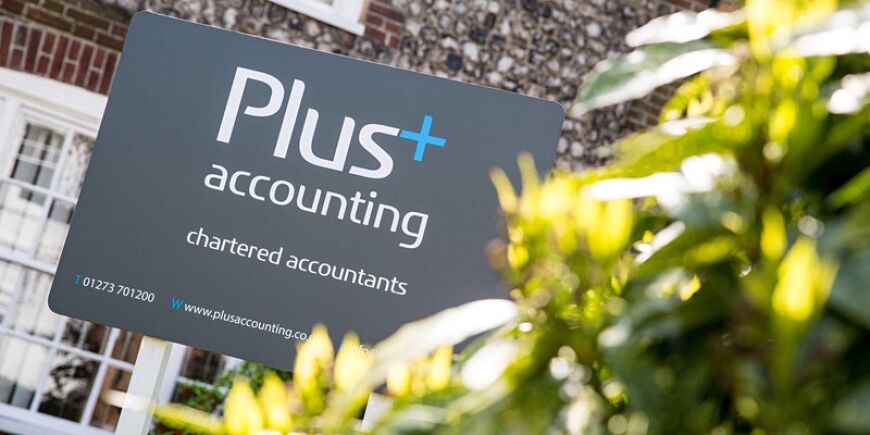 Following the introduction of the new lockdown this week, it is an appropriate time to look at the coronavirus related financial support schemes that are still available to businesses and other taxpayers, including some that have been recently announced.

The CJRS, commonly known as the furlough scheme, remains the greatest source of financial support for businesses with employees who are unable to provide some or all of them with work. The scheme remains fundamentally the same as the version introduced at the end of July last year and is still referred to as “flexible furlough” to reflect the fact that individual employees can be furloughed for as many hours/days per week as are appropriate. The amount of the grant remains at 80% of pay for the furloughed period, up to a maximum of £2,500 per month (pro-rata to the number of furlough days – e.g. if an employee is furloughed for one half of a month, the cap on their wages qualifying for the grant is £1,250). As has been the case since July, the grant only covers the salary cost for the furloughed period, and not the related pension and NIC cost.

The scheme is currently set to run until the end of April 2021, and since December there have been deadlines imposed for making claims – these are the 14th of the following month (except for January and February for which they are the 15th of February and March because the 14th is on Sunday).

Because of the recent imposition of Lockdown 3, a lot of businesses that had taken employees back from furlough as a result of previous relaxations to the rules are now having to reintroduce the scheme. You should not forget that the rules on which employees can be furloughed changed in October last year – originally only people on the payroll in March could be furloughed, but now the rule is that they must have been on the payroll on 23 September (whether they had previously been furloughed or not). Amongst other things this means that new employees taken on during the summer relaxation (e.g. during “eat out to help out”) who are still on the payroll can be furloughed as long as they were employed in September. Businesses who are “revisiting” furlough for the first time since last Spring should note that if this will be the first time that you are using “flexible furlough”, you need to make new written agreements with your staff as the new arrangements are fundamentally different from the old ones from an employment law perspective.

Finally on the furlough scheme, from February HMRC will be publishing the names of employers who have made claims for December and subsequent months, together with the approximate amount of their claims. In addition, employees will be able to check if claims have been made for them by looking at their online Personal Tax Accounts. Presumably HMRC will be expecting this to have some effect on the number and amount of claims and may use that information as a basis for deciding which employers will be the subject of their attention………..

Some people may recall the “Job Retention Bonus” which was originally introduced to give employers an incentive to keep on furloughed employees and was going to give employers £1,000 for every such employee who is still employed at 31 January 2021. This scheme was scrapped at the beginning of November when furlough was extended past 31 January 2021, so there will be no bonuses arriving for employers in February. When announcing its demise in November, the Chancellor said that it would be replaced by a new “retention incentive” at some point, if appropriate. As yet there has been no further indication that this will ever be resurrected.

The SEISS, which has been shadowing the furlough scheme to give grants to the self-employed, has also been extended to the end of April 2021. You may recall that the second grant (for the 3 months to the end of October 2020) was cut back from the 80% of average profits up to £7,500 available under the first one. The third grant has reinstated the original higher amount, but has made the qualifying conditions more stringent – they are that the claims should only be made if “you reasonably believe that you will suffer a significant reduction in trading profits due to reduced business activity, capacity, demand or inability to trade due to coronavirus” in the three months to 29 January 2021. HMRC require evidence to be kept that the decision was made based on reasonable evidence, which they will presumably want to see if it turns out that profits reported for the 2020/21 year are not significantly reduced, and will reserve the right to claw back any grants that have been paid based on incorrect claims.

The online portal for making the third claim is now open and it must be made on or before 29 January. Anyone accessing the system will find out that the questioning by HMRC has been altered to leave claimants in no doubt as to the change in the qualification criteria mentioned above.

There will be a fourth grant available for the period from February to April 2021, and further details of this will be published in due course.

The scheme for claiming back SSP paid to employees because of coronavirus related absence is still in place. Up to two weeks of SSP can be claimed by employers who had less than 250 employees at 28 February 2020.

The “Bounce Back” loans and Coronavirus Business Interruption Loans (“CBILS”) are still available to businesses which have not already claimed them (or have not claimed the full amount available).

To recap, BBLs are available to small and medium sized businesses. They can be between £2,000 and £50,000 (up to a maximum of 25% of turnover). They are 100% guaranteed by the Government in the event of the failure of the borrower’s business, and are for 6 years. No interest, fees or capital repayments are payable in the first year, and the interest rate after that period will be 2.5%. The scheme was however altered in November to give borrowers the option, before the repayments start, to extend the loan to 10 years, take up to 3 capital repayment holidays of 6 months and/or pause repayments for 6 months on one occasion (this last option can only be taken once at least 6 repayments have been made). Lenders should be approaching businesses about these options before the end of the initial 12 month period. The deadline to apply for a new BBL, or top up an existing one, has been extended to 31 March 2021.

The CBILS is aimed at larger businesses (turnover up to £45m) and involves finance up to £5m. The loan is 80% guaranteed by the Government and there is no interest or fees for the first year. The finance term is 3 years for overdrafts and invoice finance and 6 years for loans and asset finance, but there are currently no provisions for term extensions or capital repayment/interest holidays under this scheme, which has also been extended for applications up to 31 March 2021.

Following the announcement of Lockdown 3, the Chancellor announced that a new series of grants would be made available to businesses in the retail, hospitality and leisure industries which have been forced to close because they are non-essential. These are “one off” payments which are similar to previous grants to these sectors in that they are being managed by local authorities. As before, the amount of the grants is determined by the rateable value of property occupied by the business, and on which its business rates bills are based – they are £4,000 for rateable values up to £15,000, £6,000 for those between £15,001 and £51,000 and £9,000 for those over £51,000. For information on the various series of such grants, businesses should visit the local authority website for the area where the relevant property is situated as the procedure differs from place to place and is regularly updated.

Many people will have taken advantage of the automatic HMRC offer to defer their second payment on account for 2019/20 from 31 July 2020 to 31 January 2021. We are now of course approaching that date, when the deferred payment will fall due for payment along with any balancing payment for 2019/20 and the first instalment for 2020/21. Clearly this will cause a lot of financial pressure for many people, and it is vital that self-assessment taxpayers should, if they have not already done so, prepare their 2019/20 tax returns as soon as possible so that they can establish the tax position for that year and the amount payable on 31 January, if any. They should also prepare an estimate of the likely tax liability for the current year, which may well be substantially less than last year’s, so that the first payment on account can be reduced if possible.

Unfortunately for many there will still be a substantial amount of tax payable on 31 January which will be difficult to pay as a result of financial difficulties caused by the pandemic. Because of this, HMRC have increased the limit for tax bills that qualify for automatic deferral on application online from £10,000 to £30,000 – this means that anyone whose tax account shows a payable amount on 31 January of £30,000 or less can apply online to have the payments spread over a further 12 months, although interest will be charged from 1 February. This facility can only be used if the 2019/20 tax return has been submitted to establish the amount owing.

If the tax payable is more than £30,000, or a period of longer than 12 months is required, it is still possible that deferral will be available but it will have to be negotiated directly with an HMRC officer.

One of the first reliefs introduced by the Government at the start of the pandemic was the interest-free deferral to 31 March 2021 of Vat due between 20 March and 30 June 2020. HMRC have now extended this deferral so that the amount concerned can be paid by up to 11 interest-free instalments with the last one to be paid by 31 March 2022. Businesses will have to use an online opt in process to take advantage of the scheme, and we are awaiting details of how this will be done – it has been promised “early in 2021”. We do however know that the following provisions will apply – you will have to:

Any views or opinions represented in this blog are personal, belong solely to the blog owner and do not represent those of Plus Accounting. All content provided on this blog is for informational purposes only. The owner of this blog makes no representations as to the accuracy or completeness of any information on this site or found by following any link on this site

Written by: Plus Accounting, Chartered Accountants